The success of Yvan Bourgnon and Sébastien would mark the history of Cape Horn, with the smallest sailing boat that has ever crossed this mythical place!

After tried and managed the audacious challenge of crossing the Mediterranean by catamaran sport in September 2010, Yvan Bourgnon tackles, from January 2012, the passage of Cape Horn in sport catamaran of 6 meters not habitable, without Stopover and without assistance!

Yvan Bourgnon was accompanied by the explorer and recogniez navigator Sébastien Roubinet (lover of the polar regions). When Yvan’s boat capsized and forced the navigator to spond ive days in the hull of his boat, Sébastien dive to the sea to help him on the Route du Rhum 2002. A meeting in extreme conditions that forged an indestructible friendship.

“Attempting for the first time the Cape Horn crossing on a navigation of 450 miles with a boat less than 20 feet gives me an indescribable sensation! I wish to take the opposite of this outbid to the biggest boat that exists in sailing today. The goal is to return to more simplicity, authenticity, by launching challenges on a human scale.”

For Yvan Bourgnon, an adventure is worth living only if it is unlike any other. Because of the danger it represents, the passage of Cape Horn is often considered the equivalent of Everest for mountaineers, and many sailors consider it an end in their career as a sailor.

The smallest boat that has so far crossed the Cape Horn is a 6m50 monohull of Alessandro Di Benedetto on April 17, 2010. The success of Yvan Bourgnon and Sebastien would mark the history of Cape Horn, with the smallest boat in the world. sailing that has never crossed this mythical place!

TECHNICAL CHARACTERISTICS OF THE BOAT

Length : 6,10 meters Height the mast : 9,50 meters Mainsail surface : 17 m2
Width : 3,20 meters weight (with spi) : 190 kilos SPI Surface : 21 square meters
The boat, a Nacra F 20, was specially “dressed” for the occasion. In fact, the company Bencrea has dressed the hull of this boat in luminescent paint and writes the names of skypers with adhesive stickers luminescent, providing lighting fully adapted to extreme conditions. This dressing gives a new aesthetic to the boat, a security asset and the possibility of having incomparable night images. 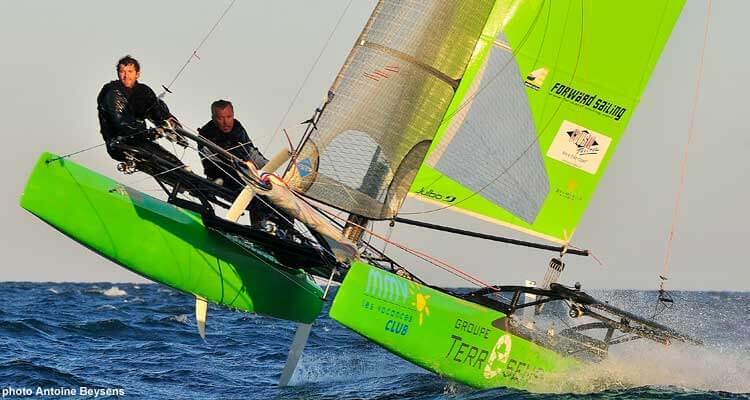 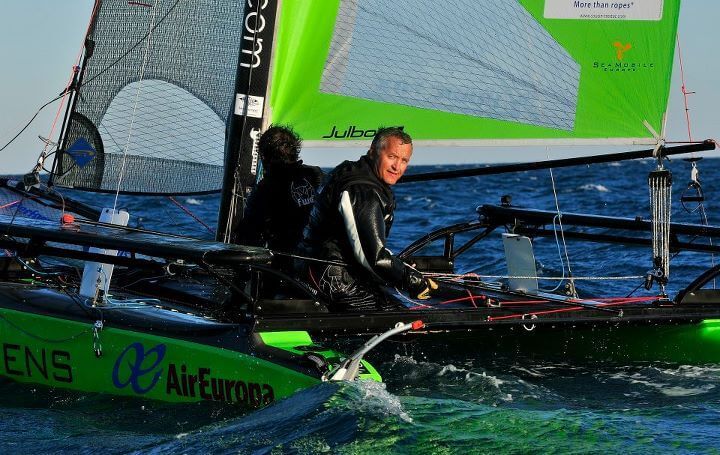 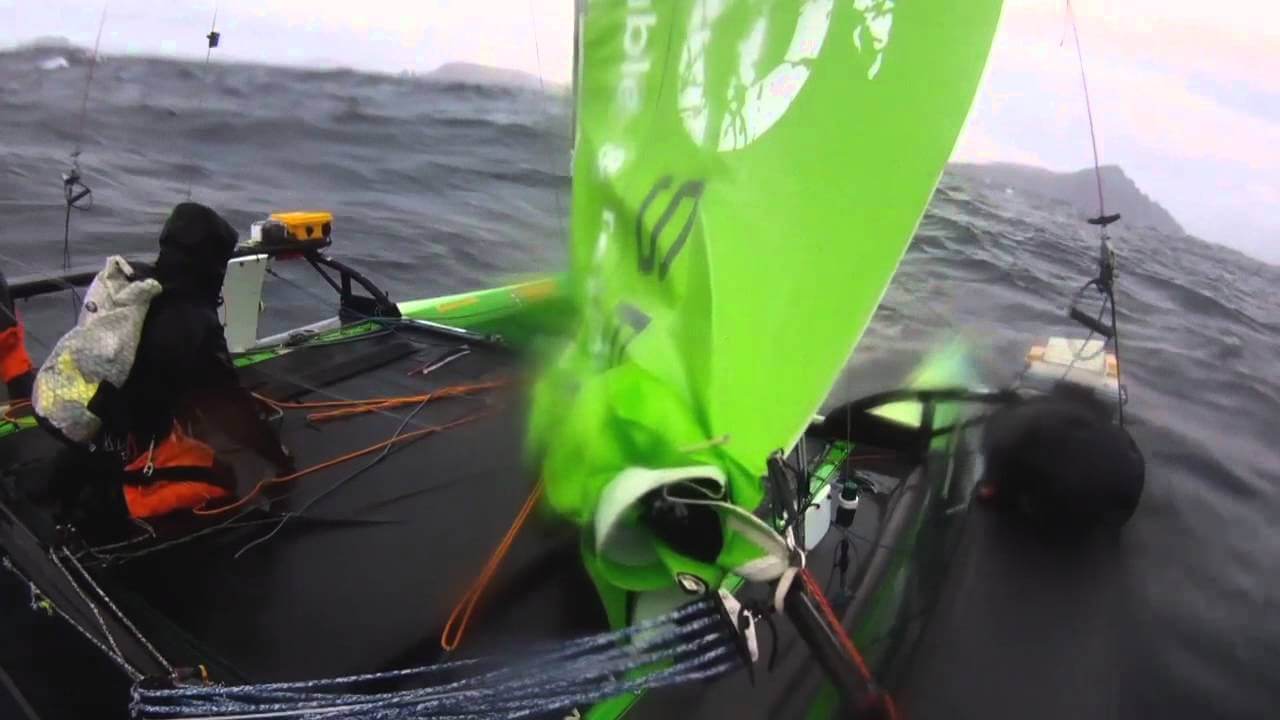 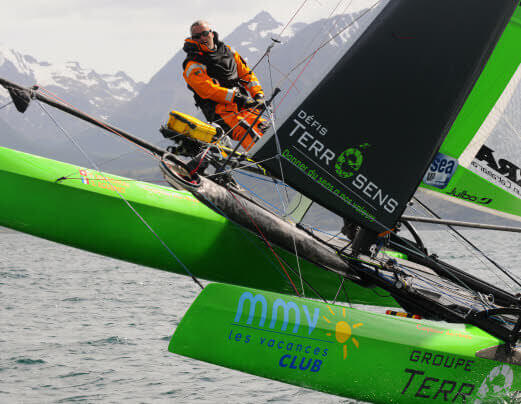